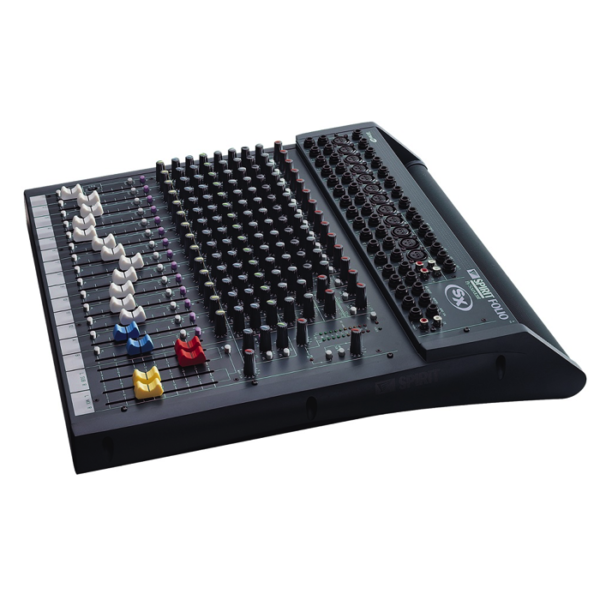 Soundcraft Spirit SX is a flexible 4-bus mixer capable of producing sound quality for both live and recording applications. It includes 20 inputs as standard and 18 outputs (including Auxs and Direct Outs). In addition to mix outs, two sub-buses allow groups of instruments to be sent to multitrack, to additional speakers, or sub-grouped to mix. There are also four stereo inputs for keyboards or other stereo instruments. SX’s 8 Direct Outs are fader pre/post switchable so they are equally useful for recording in the studio or at a gig.

12 mic/line inputs are equipped with Soundcraft’s UltraMic™ preamp giving a full 60dB or gain range and 22dBu of headroom, meaning that the SX input stage can handle any mic or line device. In the EQ section, the classic British 3-band EQ with swept mid benefits for custom designed pots that give greater control across carefully chosen frequencies. There are 2 auxiliary sends, 2 of which can be assigned pre- or post-fader making them equally useful for monitor-heavy live mixes or effects-heavy recording. In addition, there is a separate Mono Output and 2 subgroup outputs.

Inserts
On all mono channels